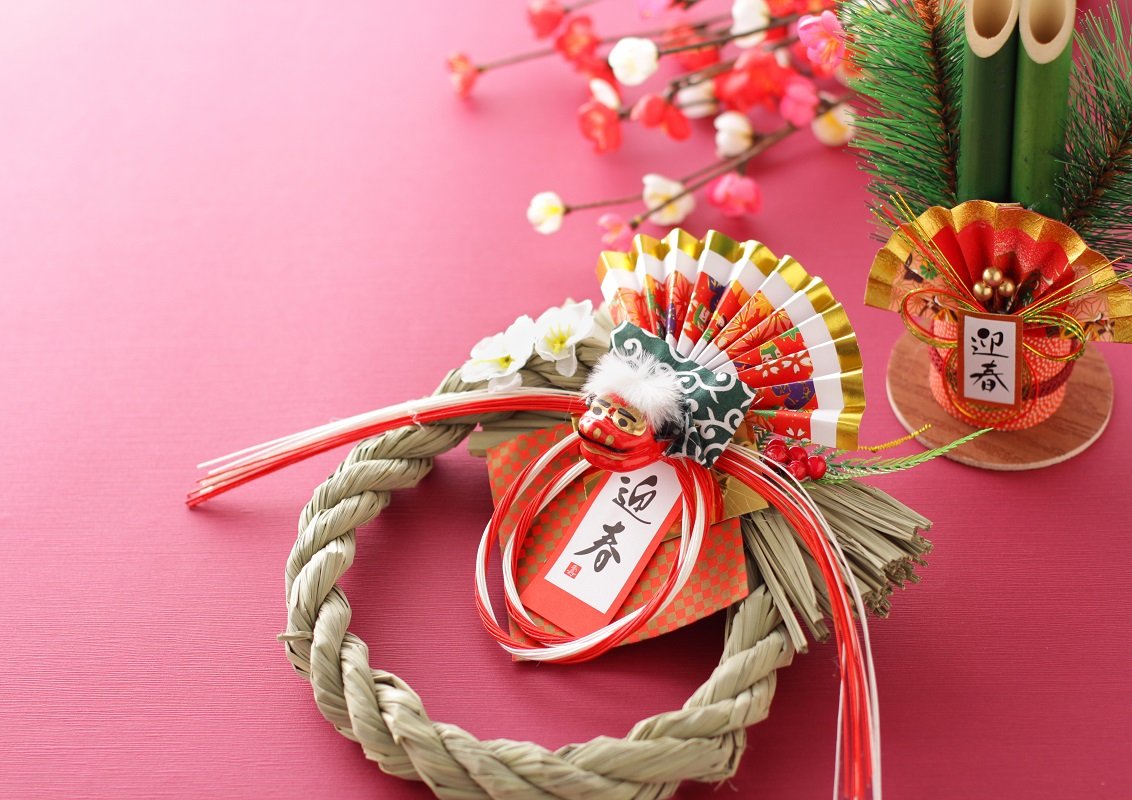 “お正月” (oshōgatsu) is an event to invite the gods called “歳神様” (toshigamisama) into home on January 1st, the beginning of the year. As it is an important event to welcome the gods, people decorate the entrance of their houses with “門松” (kadomatsu), “しめ飾り” (shimekazari), and “鏡餅” (kagamimochi). In Japan, the New Year is usually spent with the family, and everyone eats a special dish called “おせち” (osechi). “おせち” (osechi) is a box filled with traditional foods such as “伊達巻” (datemaki) and “黒豆” (kuromame).

“成人の日” (seijin'nohi) is a holiday on the second Monday of January that celebrates becoming an adult. In most parts of Japan, a celebration ceremony called “成人式” (seijin-shiki) is held on this day. The coming-of-age ceremony is for those who turn 20 years old between April 2nd of the previous year and April 1st of the same year. Women participate in the coming-of-age ceremony by wearing a gorgeous kimono called “振袖” (furisode).

In the old days, it was believed that evil spirits would enter the house at the turning of the seasons. Therefore, on “節分” (setsubun) in spring, we drive away demons, the symbol of evil spirits, with food and smells. For example, people throw beans from the front door to the outside, or decorate the front door with a fresh sardine head and pointed holly leaves to ward off evil spirits. On “節分” (setsubun), in addition to throwing beans, people eat thick sushi rolls called “恵方巻” (ehōmaki) to wish for good luck for the family.

“バレンタインデー” (barentaindē) is famous as “lovers' day” in many parts of the world, but in Japan, it has its own unique culture. For example, Valentine's gifts are chocolate and women give gifts to men. As Valentine's Day approaches, women buy chocolates at department stores and candy stores, and make homemade chocolate snacks at home. Chocolate on Valentine's Day is given various names because of the person or reason to give it.

“ひな祭り” (hinamatsuri) is a day to celebrate the growth of girls on March 3rd every year. Girls decorate “ひな人形” (hinaningyō), which are believed to protect them from disasters, and eat sweets called “ひなあられ” (hina’arare), which come in three or four different colors, to wish for the healthy growth of girls.

“七夕” (tanabata) is an event held on July 7. Every year on July 7, Orihime, the daughter of God, and Hikoboshi are reunited once a year at “天の川” (amano gawa), which flows into the sky. The stars that appear to cross the night sky look like rivers, so we call the scenery “天の川” (amano gawa). As the day of “七夕” (tanabata) approaches, people write their wishes on strips of paper and hang them on bamboo. Then, there is a legend that the wish written on a strip of paper will come true.

“お盆” (obon) is said to be a period during which deceased ancestors can return to this world once a year. It depends on the area, but it is common to have “お盆” (obon) for 4 days from August 13 to 16th. On August 13, a fire called “迎え火” (mukaebi) is made to welcome ancestors, and on the 14th, fruits and sweets are offered to ancestors. Then, on the evening of the 16th, they light a fire called “送り火” (okuribi) to send off their ancestors.

“七五三” (shichigosan) is a day on November 15 to celebrate the growth of children ages 3, 5 and 7. The genders are decided according to the age: we celebrate 3 years old for both boys and girls, 5 years old only for boys, and 7 years old only for girls. Girls wear “kimono” and boys wear “haori hakama” to the shrine.

“クリスマス” (kurisumasu) is the day on December 25, on which people celebrate the birthday of Christ. Christmas in Japan has little religious meaning, and people generally think of it as a joyful event to give gifts and have fun eating. Japanese Christmas is spent eating cakes and feasts with family, friends and lovers. Small children spend their time looking forward to presents from Santa Claus.

While Japanese events and holidays incorporate foreign cultures, there are also events unique to Japan. For example, can you predict what kind of holidays “海の日” (uminohi) and “山の日” (yamanohi) are?