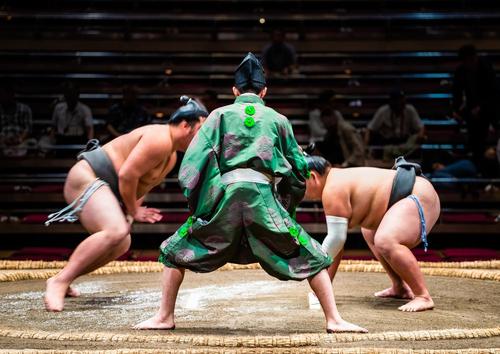 The history of sumo goes back to the mythical world! ?? Transition from myth to modern times

Sumo, a traditional Japanese sport, is like Japan's national sport with a long history. Even people who are not familiar with sumo may have a sacred image compared to other sports.

Here, we explain the history of sumo in an easy-to-understand manner, such as the origin of sumo and the times when the current sumo was established. We also introduce the points that make watching sumo fun, so please use it as a reference to deepen your understanding of sumo as a Japanese culture.

When on earth? What is the history and origin of sumo? 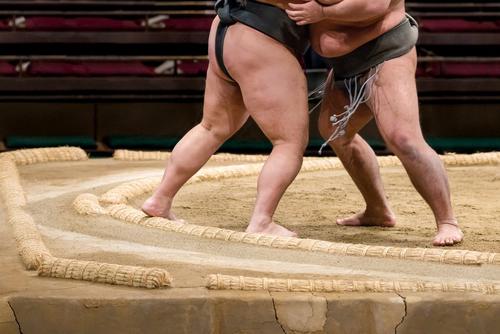 First, let's take a look at when the origin of sumo began and how it was established.

When did the origin of sumo start?

Sumo has a long history of being practiced in Japan, and even old documents such as the Nihon Shoki and Kojiki, which contain Japanese mythology, have a description of sumo. It is estimated that there was already sumo wrestling around the 4th century, as dolls imitating wrestlers were excavated from the tumulus.

Sumo begins with a bragging effort! ??

The sports match held in front of the emperor is called the "viewing match", but it is said that the sumo watching match was first held before the 4th century and 2000 years ago. In the mythical viewing game, two people, Nomi no Sukune, who was in Izumo Province at the time, and Toma Kehayaza, Yamato Province, are proud of their strengths, kicking and punching. It was an effort to be delivered. It will be a little later that the style of sumo wrestling will be the same as it is now.

The current sumo wrestling was almost established in the Edo period

Sumo, which started with fights and efforts, will gradually develop as entertainment and sports. It wasn't until the Edo period that the rules and formats of the current sumo wrestling were established. Sumo, which has existed since the time of mythology, was refined by Edo culture.

Unraveling the history of sumo, the shape of sumo in each era 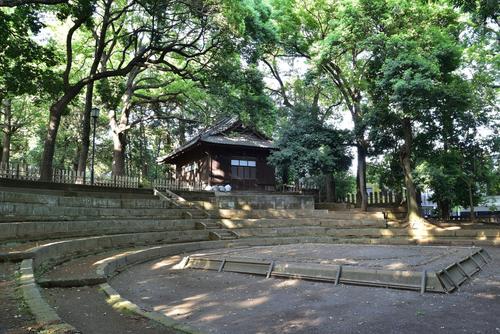 Sumo is said to have existed since prehistoric times, and the current style was established in the Edo period. What did it mean in each era? I will briefly explain the transition.

The materials from which sumo wrestling was held on a regular basis will remain after the Nara period. It was around this time that techniques such as kicking, thrusting with a fist, and hitting with a fist were banned, and it is said that Emperor Shomu, who was fascinated by the myth of sumo, decided on it.

From Kamakura to the Warring States period, sumo wrestling became popular mainly as training for samurai. It was from this era that Shikona came to be attached and professional wrestlers were born. It seems that Nobunaga Oda, a famous general, was also a big sumo fan.

In the Edo period, sumo, which was a samurai entertainment, spread to the masses. The "Kanjin Sumo" held for the purpose of collecting the expenses required for repairing the temple is famous, and a large number of famous games were born with the sponsorship of a large store merchant to entertain the common people.

After the Meiji era

As Western culture permeated in the Meiji era, there was a time when sumo wrestling, which was carried out naked, was savage and endangered. Nevertheless, with the enthusiasm of those who love sumo and the support of the emperor, the first Kokugikan was built around the end of the Meiji era.

Due to the enthusiasm of people who love sumo, sumo continues to this day as a sport similar to national sports. 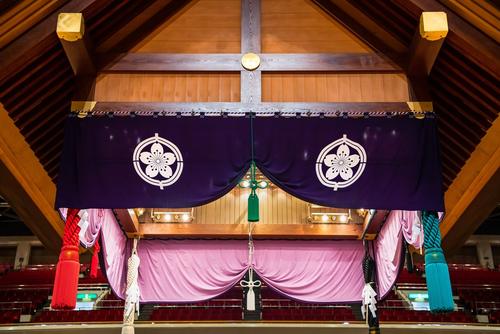 Knowing the history of sumo makes you want to watch modern sumo. Let's also introduce some tips that will make watching sumo games fun if you know them.

"Shikona stepping" to get rid of evil

The action of stepping on the fork is not only a warm-up before the effort, but also an action to dispel the evil spirits in the soil. "Shikona" has the meaning of "ugly", and it drives away from the ring by stepping on ugly evil spirits.

"Salt maki" to purify the ring

The wrestlers may sprinkle salt before entering the ring. Salting has the role of purifying the evil in the soil with salt, and is the act of praying to God. It wasn't until Sekitori that he was allowed to sprinkle salt and enter the ground. Salting is also a proof of being recognized as a full-fledged sumo wrestler.

"Rikisui" to purify the body

The peculiar movement of a sumo wrestler who spreads his hands sideways after hitting the Kashiwa hand is called "Chirichozu". It is said that it is an expression of the intention to fight openly with one body without a weapon, and it is also said to "cut dust". 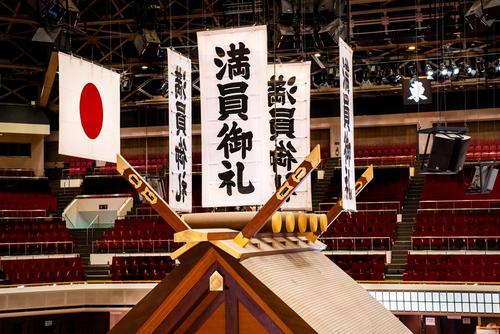 Sumo has been developed since the mythical era for the purpose of watching games and training for samurai, and became loved by the common people during the Edo period. From its long history, the wrestlers' manners have also incorporated movements such as paying attention to evil and praying to God. If you come into contact with Japanese culture through sumo, you may be able to rediscover the goodness of Japan.

Learn about Japan and Japanese!
"What is a Japanese god from a foreign country that you can understand in 90 seconds?"