What is a Japanese festival? Commentary from traditional culture to the three major festivals!

Various festivals are held in various parts of Japan based on local customs. The atmosphere unique to the festival, such as squid grilled food stalls, candy apples, goldfish scooping, fireworks, portable shrines and dances, is just like summer.

However, if you look at the origin of why the festival is held, it seems that few Japanese people understand it well.

Therefore, this time, we will explain about Japanese festivals as well as the three major festivals in Japan.

What is a Japanese festival? 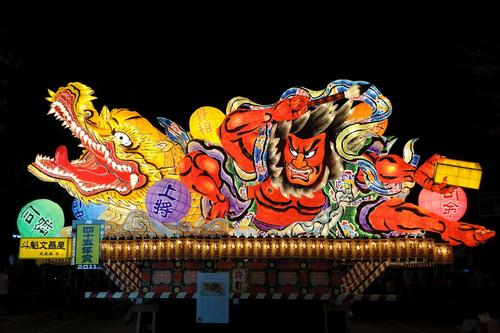 Many people think that the festival in Japan today is "to eat delicious food and watch fireworks", but in ancient times it was a sacred event to worship the gods (festival).

It is believed that the festival in Japan began in the myth of "Iwato Hidden" that has been passed down since ancient times.

Iwato Hidden is the loss of light from all over the country when Amaterasu Okami, the god of the sun, hides in the heavenly Iwato, and eight million gods who thought about how to manage it are in Iwato. It is a story of having a big feast of dancing and singing in front of you.

The eight million gods held a grand feast in front of Iwato in an attempt to attract the attention of Amaterasu Omikami, who had hidden behind Iwato, and finally Amaterasu Omikami faced from Iwato. It was put out and the light returned all over the country.

It is said that this "banquet" is the origin of the current festival.

In addition, the etymology of the word "festival" is the verb "worship", which also has the meaning of offering offerings to God.

In this way, it is believed that the gods are deeply related to the beginning of the Japanese festival.

Since then, festivals have been held in Japan to express gratitude to God and to deliver prayers.

In ancient times, the festival was always closely related to people's lives, such as wishing for a good harvest of five grains and peace, and wishing for the extinction when a disaster strikes.

By the beginning of the Edo period, the festival became more "entertainment" and became established as a popular culture centered on the common people with flashy productions such as portable shrines, lion dances, and fireworks.

The festival was once banned by the "Shinbutsu bunri decree" issued in the Meiji era, but after the end of the war, there was a lot of movement to revive the Japanese festival, and after that, the festival started as if it had returned to the Edo period. It has come to be done.

It is a Japanese festival that gradually changed from "shinji to prayer to entertainment", but the biggest feature of Japanese festivals is "diversity". It is interesting that the events and symbols held at festivals are completely different depending on the region, such as Kanto and Namahage in the Tohoku region, Awa Odori in Shikoku, and Eisa in Okinawa.

Although it is a diverse Japanese festival, there are some things that are common throughout the country.

It is the existence of a "portable shrine".

It is no exaggeration to say that the portable shrine, which is considered to be something that God rides, is a traditional culture that can be seen consistently even in diverse Japanese festivals.

Consistency in diversity ... The more you know about the history of Japanese festivals, the more interesting it feels.

What are the three major festivals in Japan? 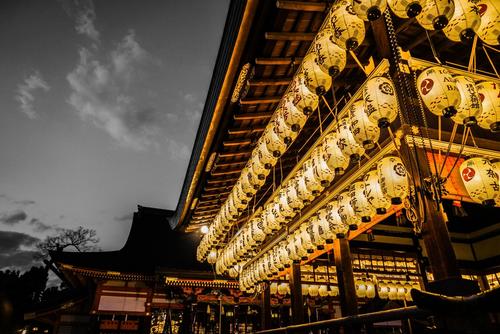 Various festivals are held in various places, but among them, "Gion Festival in Kyoto", "Tenjin Festival in Osaka", and "Kanda Festival in Tokyo" have a long history and a large scale, and are also called the three major festivals representing Japan. I am.

Let's introduce in detail below.

The Gion Festival, which has continued since the time of Emperor Seiwa in 869, is a historic festival that has continued for over 1100 years.

The festivals are held from July 1st to 31st for a month, and there are so many events scheduled that are incomparable to other festivals.

At the Gion Festival, the practice of the long sword halberd and its performance, the patrol around Yasaka Shrine, the purification of the portable shrine, the performance of the heirloom, and the biennial service by the Omotesenke and Urasenke are the first to pray for the safety of the event.・ There are countless events such as Iwami Kagura!

However, since it is a long period of one month, it is quite difficult to participate in all the events.

In such a case, it may be a good idea to pay attention to the "pre-festival" and "post-festival", which are also the highlights of Gion Matsuri.

The previous festival is larger, so it is recommended for those who want to enjoy the Gion Festival more.

The Tenjin Matsuri, which is held for two days on July 24th and 25th, is a historical festival that has continued since the middle of the Heian period.

The main attraction is Motomiya Funatogo on the 25th, and many people rush to see Funatogo starting around 6 pm.

The sight of a ship with more than 100 fleets crossing the river, centered on the Gohorensen carrying the spirit of Sugawara no Michizane, is truly spectacular, and about 5,000 fireworks are launched high in the sky. I will.

In addition, the dance "Dragon Dance" unique to Tenjin Matsuri expresses how a dragon rises to the heavens in the rhythm of a light local car music (Danjiribayashi).

This dance, also known as the "snake dance," is attracting attention as a dance that can only be seen at the Tenjin Festival.

The Kanda Festival, which is held at Kanda Myojin, is held once every two years and is held in mid-May.

The origin of the Kanda Matsuri is unknown because there are few recorded documents, but it is known that it was one of the three major festivals in Edo during the Edo period. The Kanda Festival is said to be a festival of luck for the Tokugawa family, because it is believed that Ieyasu Tokugawa praying to Daimyojin Kanda every day led to the unification of the world.

Since then, the Kanda Festival has become even more grand, and it has become more and more flashy, with portable shrines being carried around the city and drum festivals being held.

At events such as the Shinko Festival and the Mikoshi Jingu, the atmosphere is characterized by the fact that the heat is transmitted just by being nearby.

It is a Japanese festival that is often held in the summer, but at the Kanda Festival held in mid-May, you will be able to experience the feeling of a festival ahead of time.

Japanese festivals have various characteristics depending on the region, but there is also a common point that the mikoshi is a traditional symbol because the gods are related to the origin.

In particular, many of the "three major festivals in Japan" are large-scale, so it can be said that it is a traditional Japanese festival that you want to visit once.

Learn about Japan and Japanese!
"The life of a sparkler in 90 seconds"